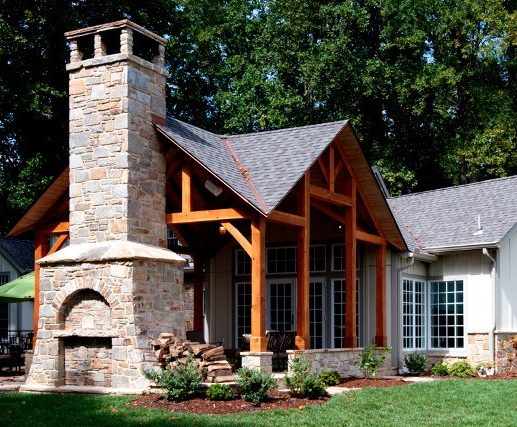 The idea that could change architecture practices forever came to Peter Twohy while he was jogging. He can recognize a magical moment and that was one.

As a residential architect, Peter is in the business of creating such moments for others: “Most people come to me when they want their dream home,” he says. “But I want them to double down on their dream and not only design their dream home but also have spaces that will positively affect their day, their year, their life – every day, all year and their whole life.”

Before revealing Peter’s big idea, though, there are certain things to know about his journey, the steps that led him to that moment. The first is that he’s known for being one of the least judgmental people around. He has an openness to other people and their ways and whys that makes it almost impossible to complain to him about anything. Sometimes his family and friends forget, to their chagrin. “Maybe this person is just having a bad day,” he’ll say.

The other is that he’s had the experience of being his own client, sort of. After graduating from the University of Notre Dame, Peter designed a small addition to his parents’ home. There were only three styles of houses in the New Jersey subdivision. “You always knew where the powder room was,” he says of childhood visits to his friends’ homes. But people personalized their homes.

Along with the addition, he laid out the plans for a pool in the backyard, just south of the house. When Peter walked through the completed addition for the first time, he experienced the reflection of the sun on the pool waters, shimmering on addition’s interior walls and sloped ceiling. “It was a magical, magical moment,” he says, “an unexpected and delightful surprise.”

Peter loves bringing such moments to others, as when one client commented, “I didn’t know my dream home was this beautiful.” His uncle was an architect who, when Peter floated the idea of taking a drafting course in high school, insisted, “Concentrate on the art; learn design, the drafting will catch up whenever it needs to.”

While studying in Rome, Peter realized why. The Pantheon, he points out, has one of the largest concrete domes in the world and is over 2,000 years old. He understood then that “if you draw a line on a page just right, it could last a thousand years – or more. “It made me think about architecture in a completely different way … as something much bigger, as something much more important and permanent,” he says.

Peter went back and worked for his uncle. “Learning at his side was singular,” Peter recalls. “He was extremely talented, it was an absolute honor. So I was his intern, but I was also his nephew so that made it 100 times more special. He became and still is my guide, my role model.” That early experience of collaboration and trust is one that Peter looks to recreate with every client.

The third thing to know about Peter is his ongoing collection of different ways of doing things. He has traveled extensively and always takes his sketchbook along. “There is never just one solution to any problem,” he finds. “The Germans, the French, New Zealanders, the people from Nepal … there are always more than a dozen ways to do any single thing.”

Pressed for what he in particular brings to the table, Peter acknowledges, “I’m able to design for people even when they themselves can’t quite articulate exactly what they want; they communicate in some way without words and I translate that into their dream home.”

Peter continues, “I pay very close attention to people’s body language, if they hesitate or show any discomfort to any idea, I will ask more questions. I need to be sure that I understand if they are simply unclear about a topic or nervous about it.”

Last but not least for this original idea of his, Peter sees a fundamental inequity between architects and their clients – and that is that architects visualize far better in three dimensions than their clients … and wants to do something about it.  This has been true for more than 2,000 years.

So while jogging that day, Peter came up with the idea to offer Unlimited 3-D Drawings.  This was in 2006. “At that time, the idea was preposterous,” Peter says. “Or ludicrous, take your pick; but either way, it was impossible.”

It took him three years of experimenting, “and trial but mostly error” until he had a “technological breakthrough.” For Peter, this meant a way to enable his clients to visualize their completed home in as near to the actual experience of walking through it as possible. Still today, he says, “most firms of any size and anywhere do not offer this critical feature.” He tells the story of speaking to some 150 to 200 architects in Austin, Texas, in early 2017; Peter asked his audience how many of them offer Unlimited 3-D Drawings and only one or two raised their hands. Peter predicted that if he came back in 10 or 20 years, he would see many more hands raised.

“In a typical presentation, we now show 12 renderings of the outside of the building,” he says. “Inside, it’s like going ‘around the clock,’ the view in 12 directions from any given point that the client wants to see from.” One client, Karen, had 40 different perspectives already but called Peter for another. “What’s the view,” Karen wanted to know, “from the kitchen island looking into the family room?” Pretty important, Peter thought, assuming it was already in the mix; yet, inexplicably to him, it was not. In short order, he had this view calculated and created.

“Unlimited 3-D Drawings could push forward the entire profession of architecture and get every architect to understand the inequity of us being able to visualize while the clients aren’t,” Peter says. “It has huge ramifications because if clients can see the design then they can and will make better decisions.”

It’s funny, he finds after traveling the globe, that it should be this sole practitioner with a small boutique firm in Towson, Maryland, who should think of this big idea. For Karen, the client who wanted one more view, Peter says, “‘I took a screenshot while we were on the phone and sent it to her.” Because, he says, “This is not complicated, people need to be able to visualize their homes inside and out to make the very best decisions for themselves and their families.” 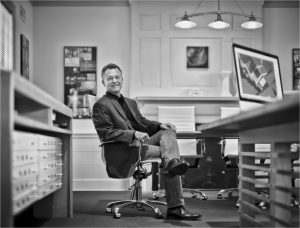 Create a Sanctuary: How You Feel Starts in the Home

Consider the Turtles: How to Design a Luxury Home in Guanacaste National Park

By Roderick Anderson
About the author