Foundations of Home and Team

Architect News
From the Studio
Residential Design
By Peter Twohy 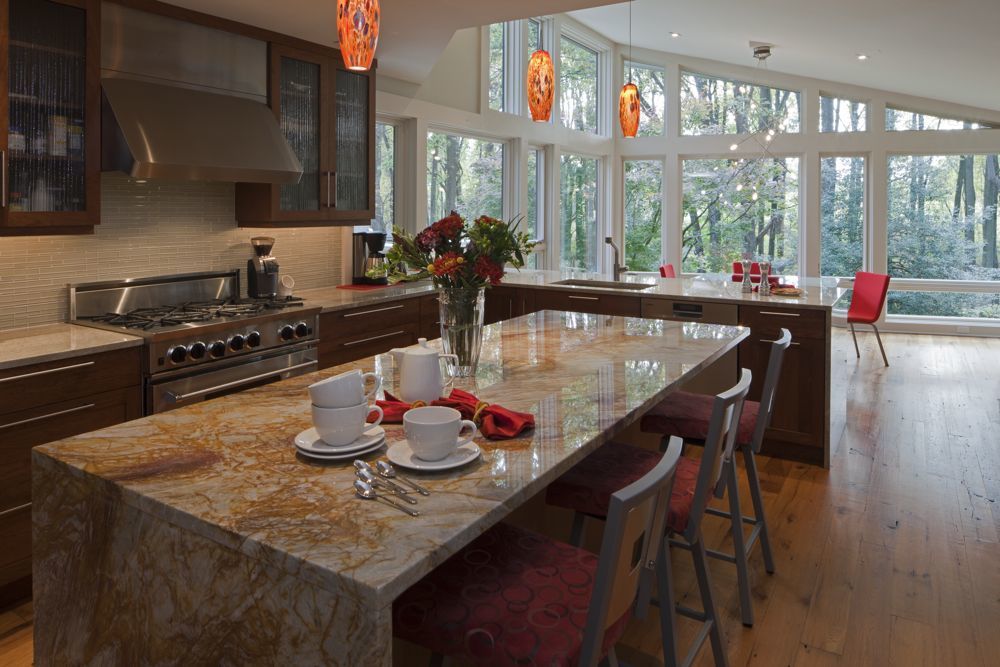 Jonathan and Valerie’s home is the only one I’ve ever designed that went through the rigorous test of both hurricane and earthquake during construction.

While their Cockeysville, MD home was being renovated, it was in the path of a hurricane and near to the epicenter of an Earthquake where movement was felt on site. The home survived both.

The irony of both situations is that during the design and construction of the home, we were working to ensure the stability of the design to withstand such sheer forces (horizontal forces like strong winds).

We were dramatically updating the look of this 1970s home to a modern, contemporary home and including numerous walls of windows.

One of the ‘walls of windows’ in this home was more than 25 feet wide and 15 feet tall, spectacular but likely unable to resist sheer forces without significant structural reinforcement. There was a beam in the ceiling and we were planning to pile all this load on it.

However, the beam wasn’t transferring the load to the foundation, as it needed to do. When starting a major home renovation project, everyone is leery of what they’ll find when they start demolition.

Unfortunately in this situation, we weren’t able to determine that the load capacity of the beam was insufficient until we were in the demolition phase.

The structural engineer, the contractor and I got together to find a way to solve this problem. (We work on projects together often and I think very highly of both of them. They are both very, very smart and know a ton about residential construction.)

First, the structural engineer proposed a solution to this problem; take out every other pane of glass. He knew I was not going to like the solution, but we had to start somewhere … his solution was sound structurally, but we needed a solution that would reinforce the design, not eliminate it.

The contractor went next and we discussed the (expensive) idea of making a new foundation, underground. None of us liked that idea. We also discussed the idea of using a steel beam, but this too would have been very costly and taken budget away from other design features.

I said, ‘Let’s see what we can come up with to make this better.’

By examining our ideas, we realized we could shift the load to another beam about 6 feet away that did have the load-bearing capacity and the proper existing interior foundation.

The new load bearing wall was also big enough and central enough to be used to counteract the sheer forces.

We were able to keep the entire window wall intact and avoid the huge upcharges of the alternatives. Both huge victories. Teamwork, you gotta love it!

Return on Design for Luxury Rentals in Costa Rica

By Roderick Anderson
About the author

Peter Twohy received his Bachelor of Architecture from the University of Notre Dame in 1988. In 1991 he moved to Germany, learned enough German to work as one of the lead designers of a German firm, Diniaware Architects in Königstein for more than 2 years. Peter then moved to Baltimore and worked for one of the premiere residential architects in the area. There he learned and honed the craft of designing beautiful client focused homes. He opened 2e Architects in 2005, which won “Best Of Design” and “Best Of Customer Service,” on Houzz®, the leading platform for home remodeling and design for the fifth consecutive year in 2018.