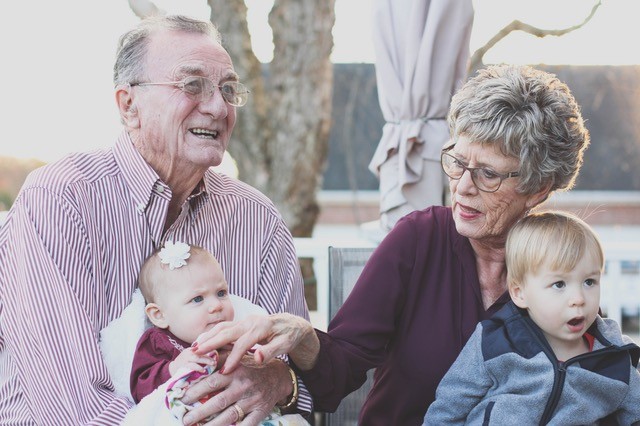 For architect John Hrivnak’s special needs housing clients, he sketches out freehand pencil perspectives in 3D instead of the usual 2D. Whether for the aging-in-place individual or couple or for families with health or medical challenges, John involves them in the design process through this ability to sketch plans and perspective vignettes in real time, right at their kitchen table.

“It enables us to communicate about the design phase geometrically faster versus having to construct drawings on the computer in the office and come back to meet for each iteration,” John says. He was providing contractors with “thumbnail perspective details” to help them envision the finished product long before it became possible to do so using the computer.

Presented in 3D, the drawings, primarily senior residential housing, offer clients the ability to see not only what the finished result will be but also how it could meet needs that change over the years.

The even greater value that John brings is his ability to help clients create architectural solutions that capture feelings – that is, what they want to feel in a space – through the discipline of design.

To explain this concept, a helpful perspective is John’s view of another of the arts, music. Music stirs emotion even though it is essentially math. “Music is made up of frequencies, harmonies, intervals, spacing, fractions, and timing,” John says.

His music background parallels his architecture background. He sings with a symphony chorus and has played trumpet with the Springfield, Ohio symphony. And he quotes Goethe, who said, “Architecture is frozen music.” It is art; it is expression.

It is also a business that needs what John calls “ROI Architecture” – design that focuses on optimizing one’s investment, or as he likes to put it, design that makes “sense and cents.”

“The Million Dollar FTE” is a paper that John wrote to explain the importance of seeing the whole life of a building at the design phase.

Simple design decisions, he explains, can actually set the stage for staffing requirements that may not be in the best interest of a business. That’s an example of how he brings in his financial background – he also has an MBA in finance. His projects often include aspects of both finance and architecture.

Yet no project is an island. In music, there are “rests.” Poetry, he says, “is more than words that rhyme.” That’s where context comes in.

He has traveled extensively and notes that architecture can sometimes be “the presence of the absence.” A stadium, he points out, is designed, but its use centers on the space “where nothing is,” the field. It is because of the context of that field that an architect is needed.

An architect needs to consider context, form, cost, function and much more.

“If one doesn’t let one’s architect loose on a design, one is doomed to get only what one might think up from an everyday knowledge of design,” John says, “without an awareness of how it can make living so much easier, better, more enjoyable – otherwise, you might get no more than what your grandparents had.”

He is referring to the desire of some who contact him to recreate what might have worked for someone else with different needs at a different time.

Instead, and in collaboration with the client, he says, “it is possible to have something much better.” Better for the client, not the architect, because, for John, his greatest reward is a satisfied client. The way to achieve that, he finds, is to first bring compassion to the project and, second, anticipate the future uses and both the larger context (setting) and the smaller context (everyday uses).

He recalls designing a home for a family whose 9-year-old child was severely autistic. “I felt incredible compassion for them,” he says. To envision what that child will need at the age of 10, 17, and as a young adult meant finding a balance between the emotions of doing something that has appeal right now –– the art of architecture and the functionality down to the smallest detail of everyday use –– versus the long-term financial consequences of every choice.

It meant, once again, designing, among other things, within the context of time.

As a child, Hrivnak was ahead of his time. The way he tells it, that’s a familial trait. His mother was an entrepreneur long before it became common to see women in business. She helped people with their taxes, was a tennis champion, and ran several businesses along the way.

John’s dad could do woodworking and, at one point, wanted John to help build furniture for his sisters’ room. John asked, “But how will we know what to build?” So John designed the furniture and, as he says, “tried to help build it.” He has since designed other furniture, light fixtures and jewelry.

For John, those years defined, or perhaps designed, all that would come later. Sitting in church, his mom would hand him a pencil and the church bulletin; he would sketch. Years later, after completing his business studies, he decided on architecture school.

Out came the sketches. “You were drawing perspectives,” his mom said, “at the age of 6 or 7.” She wasn’t surprised at his choice for a career, but John was – when he noticed the details of the stained glass, for example.

While he did eventually become a pastor for a retirement community, churches were not where his design future lay; instead, that chapter represents the bridge to what would become his main design passion – special needs housing, especially for senior living.

To this as in all other endeavors, John brings both a business perspective and his creativity. Early on, while still in architecture school, he realized that by the time he hit his stride as an architect – opened his own firm, for example – the Baby Boomers would be 50 or 60 years old. They would need senior care housing. But what should, or could, that look like?

He had plenty of opportunities to examine that from various perspectives. He had earned his B.A. in business administration from Wittenberg University in Springfield, Ohio, and his M.B.A. in finance from Xavier University in Cincinnati, Ohio.

He then completed his architecture degree at the University of Cincinnati. He served as a principal in both regional and international architecture firms as well as serving as a consultant to not-for-profit organizations providing strategic planning, board training, program management, architectural programming, efficiency studies, fiscal review, master planning, design and interim CEO services.

Yet most compelling of all, John found in his own family the gamut of what senior life could be. Throughout their lives, he observed, one set of grandparents, the Hrivnaks, woke up and started working every morning. “They were always old,” he realized.

The other set of grandparents, the Schaefers looked and acted young. After Grandma passed, Grandpa brought by his new girlfriend, to the chagrin of John’s mom. But Grandpa said, “I’m not dead yet!”

John noted: “These grandparents were young until they drew their last breath.” Well, John has six sons and 10 grandchildren of his own now; if it’s any indication in which direction John is going, he plays USTA tennis and rides his bike when not working or singing.

John Hrivnak’s genius is that he made these observations, and fast-forward them … integrating this understanding into his design. “Aging is a choice,” he says. He continues to pursue in design that which will help his clients be better able to make – and live out – the choice to remain forever young.

To learn more about John and see his project work, visit hrivnakassociates.com. 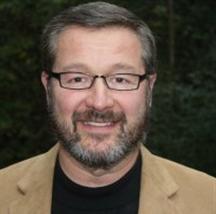 Create a Sanctuary: How You Feel Starts in the Home

Outside the Box: Exploring within and beyond your comfort zone

Sustainable Luxury in Costa Rica and Beyond