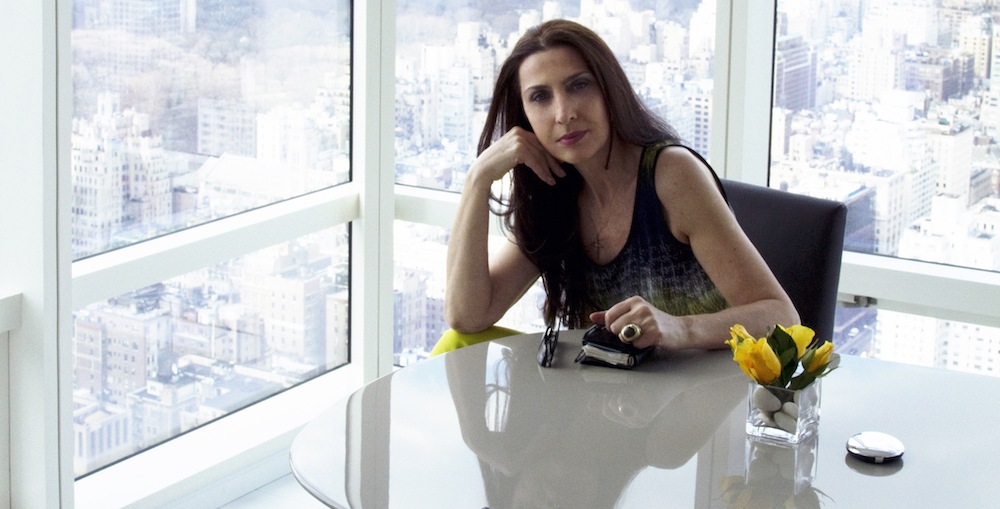 “I have always been aware of my creativity, since I was very young,” says architect Giusi Mastro, “but the day that one of my favorite teachers told me‚ ‘Giusi, tu sei …figlio d’arte’ meaning you are ‘born into art,’ I at last felt validated.”

Giusi Mastro was born in Grottaglie, in the region of Puglia, Southern Italy. Her father and grandfather were ceramists; on her mother’s side were builders, and her grandmother was a famous seamstress.

She viewed the world through a lens that reflected the art and craft of her family, as she remembers noticing architectural details like the star shaped ceiling of her father’s pottery company.

“Clay is the first material I played with,” she says. Today, she can still remember the smell of the pottery workshop and freshly fired pottery that came from the kiln and the vivid color of the powder from which the ceramists made the enamel.

At home would be her grandma, auntie and sister, sewing beautiful fabrics. From them, Giusi learned how things were put together, and fell under the spell of the materials her family used expanding her curiosity and imagination.

In the beginning of the 1960s when the town had just decided to tear down a beautiful and historic building, Giusi even at 6 years old knew that it was a terrible idea. She recalled, “It was a slaughter, I couldn’t understand it. I remember a vortex, a huge scar where this building had been. It was very, very wrong.”

Giusi explains: “There are certain surroundings that are perfect in their integrity, and you don’t tear it down unless it is a necessity; and if you do, designing a structure that is respectful to the environment is a sign of an enlightened designer.”

It was that seed of thought, planted at an early age that would blossom into Giusi’s life’s work in design.

But at first she didn’t tell anyone. The fourth of seven children and a girl at that, she knew there would be no encouragement. She immersed herself in the study of the history of art and architecture and enjoyed the riches of her native surroundings.

Grottaglie, an important economic center in the Magna Grecia (Greater Greece) era, has been under so many influences since the Paleolithic Age, from the Greeks to Normans, each leaving their indelible mark in the worlds of art, commerce, and philosophy. 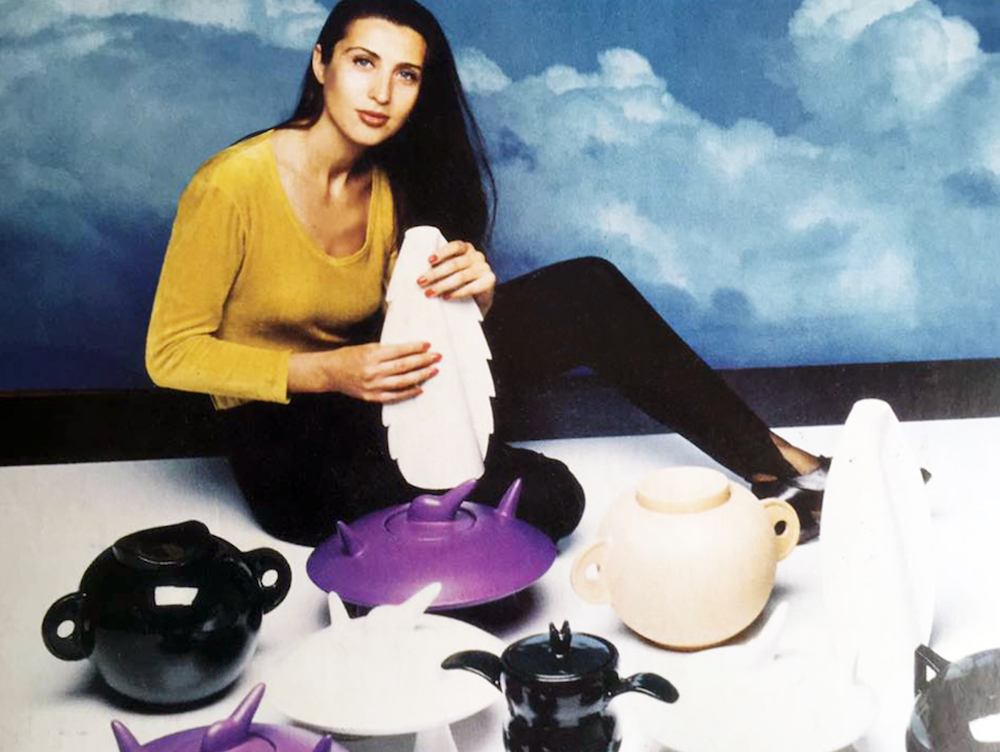 Ceramic design ran in the family

Giusi was able to study the art of ceramics, fascinated by how her father could produce objects from the tiniest to grandest scale. This was yet another look at the process of creating form and the elements of structure and gravity; this is how architecture became her passion.

She “fell in love with” Filippo Brunelleschi because he was a master … “He was an architect, engineer, goldsmith and urbanist. In the past, the term ‘artist’ was not separated by category.  Being curious, open-minded and learning aspects of different fields are some of the components that may start you on the path to becoming a master,” she says.

At 19, she left for Florence to study at the Faculty of Architecture, one of the most prestigious schools in Italy, a very intense time in her life, she recalls. At the age of 22, she was teaching high school students, drafting during the day and studying at night. Yet she never felt deprived. “It helped me mature faster,” she says.

In the ‘80s, a magical time for architecture in Italy, Giusi was part of a talented group of friends and students all encouraging each other to create space in their own minds for ideas to bloom. “Look inside yourself,” they said, “because your greatest asset is your curiosity.”

Giusi, along with 15 other colleagues, became a founding member of the Bolidismo movement.  She explains, “’Bolidi’ is Italian for something going to high speed. This movement was inspired by the design of the 1940s, which in turn was shaped by the planes and cars streamlined for fast movement. It incorporated the feeling of movement inside the design.

“Bolidismo was prophetic, because we talked about  speed that was not technological; instead, it was simultaneous action or faster thinking. At that time, cell phones, Skype and even faxes did not exist.”

Desiring to express her many abilities, Giusi taught interior architecture; taking advantage of the proximity of a multitude of artisans in Florence, she started designing products. True to the “Mastro” tradition, she was not limited to any one category of work. Her projects ranged from interiors to lighting to product design.

Working for Targetti, a prestigious Italian manufacturer, as a lighting designer resulted in her fascination with lighting and how lighting can create an ambiance for interiors. This became one of the signature components of her design.

Giusi’s desire to expand her horizons brought her to New York in 1995. Although never having designed a restaurant before, such was her first project in the U.S.; it became a nominee for a James Beard Foundation Award, reinforcing her belief that “if you have a philosophy, you can design anything.”

She is known for being a master of transformations, adding her signature minimalist approach to create a Zen-like feel in the spaces she designs. Through her firm, ORA studio, Giusi Mastro creates an oasis where her clients can detach from the outside world and connect with the inner self in a comfortable and harmonious environment. 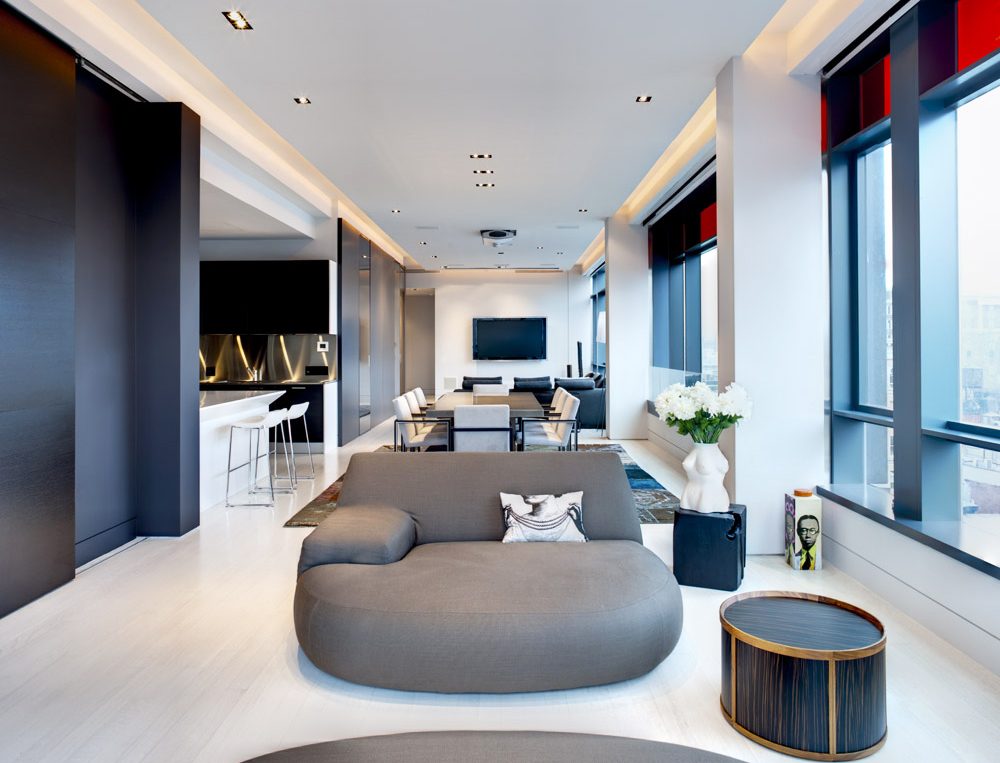