The Woman in the Shadows: Anne Tyng and Louis Kahn’s Relationship Reflected at Yale Art Gallery

Architect News
From the Studio
By Colin Healy 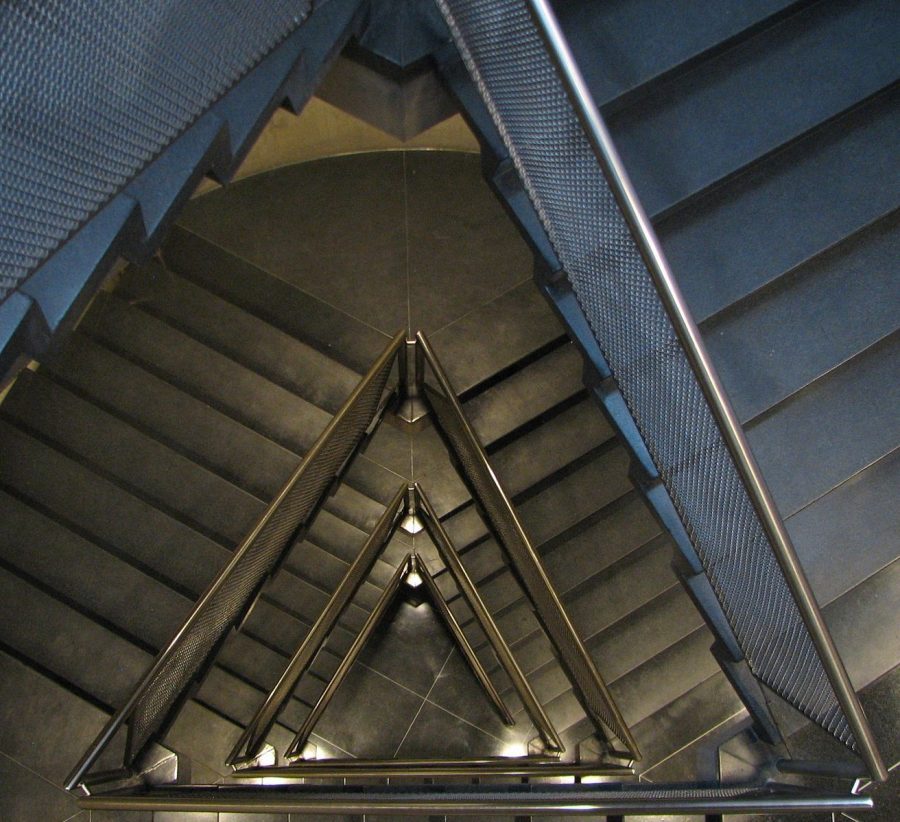 Architect Louis Kahn is famous for designing the Yale University Art Gallery, yet we know now his assistant and lover Anne Tyng played a much larger role than previously recognized. When I visited the gallery last week, it struck me just how much of Anne Tyng and Louis Kahn’s relationship is reflected in the design, and in the other artwork on display.

My wife Myra and I visited the museum together. We were lucky to have an amazing tour guide, Myra’s plein-air painting teacher Lenny Moskowitz. Excited to share his knowledge of all the art around us, he told story after story.

At one point, he stopped and stared at a painting by Pierre Bonnard. He couldn’t help but shed a few tears as he related its background. The piece is on a white wall with plenty of space around it, as light from the ceiling illuminates the image, giving us the opportunity to stand back and also get up close. 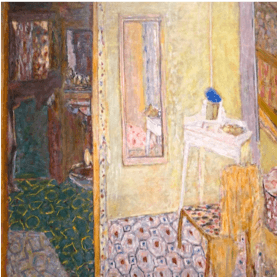 For Myra and me, at first, the Bonnard image was nothing more than a bathroom. But for Lenny, it meant much more because he empathized with the story.

“Do you see the woman in the back?” he asked us.

The painting shows two rooms, he explained, the room in front is sunny and the room in the back is a bathroom where an amorphous depiction of a woman, barely seen, is bathing. She is the artist’s wife, an agoraphobic who suffered from debilitating OCD. She spent her life taking an endless series of baths; she and Pierre would hardly leave the house.

As we engaged in the story, we saw the juxtaposition of her shadow and Pierre’s light. He was devoted to her darkness, to their love — a striking contrast.

While Bonnard’s works are on large canvases, he felt most inspired by Persian miniatures during the time he painted this image and many others of his wife in the apartment. Patterns span the tile, wall, and tub, characteristic of the Islamic art he helped introduce to Europe. Undoubtedly, the painting also nods to Freud’s psychology movement.

Completely taken by the story, we saw more clearly the piece of art before us. Moving forward, we engaged in the story of the gallery’s architect, well architects, Louis Kahn and Anne Tyng. The gallery was designed in the 1950s when modern architecture was ‘all the rage.’ 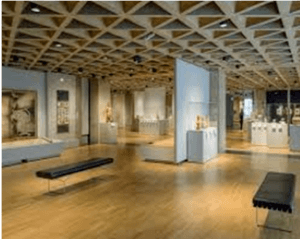 Their focus was on the lighting. They wanted to use light in innovative ways so that people could really savor moments in front of each piece. Rather than banks and banks of glass, as seen in traditional museums like the Louvre, Kahn’s team considered how you control the light that’s coming in.

At the Yale University Art Gallery, some windows control natural light through screens, meshes, and panels and other displays are mostly lit by artificial lighting — like Pierre Bonnard’s painting.

This gallery was quite possibly the first to use embedded track lighting in a museum, a triangular ceiling grid made to look like a honeycomb of tetrahedrons, from which the almost concealed lights shine.

The building itself has this wondrous simplicity … and as I learned during my research in a case study of the building, it was Anne Tyng who likely designed the entire ceiling.

Colin Healy is principal of Colin Healy Design, a residential design firm serving Southern Connecticut specializing in home transformations for aging in place and Net Zero Energy Homes. He brings over 25 years experience to the design of additions and remodeling and provides support and guidance through construction. He reinvents homes to better support the evolving needs and dreams of their owners.