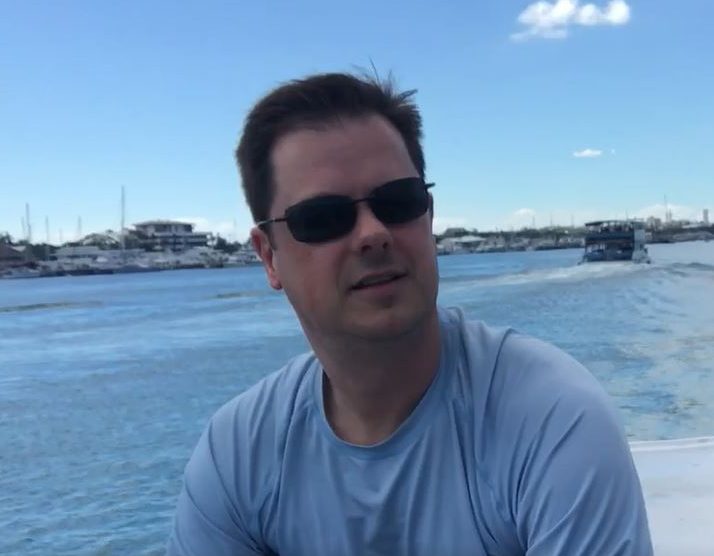 Architect Michael Roosevelt offers a novel approach to architecture and human life. Specializing in residential architecture with a focus on biophilic design and sensory connectivity, he designs a tailored space for each client’s lifestyle.

He operates within the biophilic design niche, expressing a deep awareness and appreciation of how people experience and interact with their environments on a sensory level and how the architectural environment affects people’s well-being.

“I care how people live, and I am interested in helping design them a better life,” Michael says.

Michael is sensitive to human nature and the natural wonders around us. His mission is “to bring the outside in and let the inside out.” His designs accomplish this with framed views and seamless transitions between interior and exterior. The trend of outdoor living spaces is reimagined through his eyes and seen in his drawings.

He has trademarked the term 5 Senses Design™. His approach integrates people with their surroundings through sight, smell, touch, taste, and sound, in addition to vision. Noticing the disconnect between humans and nature, he’s eager to solve that problem.

“Don’t watch life go by,” he urges his clients. “Experience it with all five of your senses.”

Ancient and vernacular architecture inspire him to contemplate his work as a means to an end. All the way back to the days of early civilization, humans have been using buildings to provide protection and comfort from their surroundings.

Nowadays technology allows a glass box in the desert to be 65 degrees Fahrenheit year round. Admittedly, heating, cooling and artificial light aren’t bad, but “it has divorced us from the natural world around us.”

That’s why Michael perceives a symbiotic relationship between technology and nature. His designs take into consideration how the wind blows through the space and the possibility that a crisp autumn breeze could cool the house.

Looking back, he realizes how the themes of nature, sensory perception and problem solving are integral to his life.

Born in 1972, Michael grew up in New York, on Long Island. He found solace in the woods and sailing in the surrounding waters; he appreciates nature both on and off land.

Surrounded by an array of puzzles such as knots and Rubik’s Cubes, he reveled in solving problems. After all, his mother frowned upon television; she wanted Michael and his siblings to experience the great outdoors and live in the present moment. Yet, when his friends would reference TV shows, Michael wanted to fit in. And so he solved his first “life challenge” problem: He saved up the money and installed a TV antenna.

Living on the water meant weathering many a storm, so Michael learned early on to plan for impending obstacles. His family would prepare for a storm, then sit back and enjoy it. “Storms would hit us in the face,” he said. “I always thought it was funny when people would freak out about storms, but I liked them. There’s a certain beauty in the chaos.”

Michael and his father would often sail on Long Island Sound and Eastern Seaboard together. Because his father was legally blind, Michael would be his eyes. His father, not able to see past the bow, used his other senses – enhanced by his need to rely on them disproportionately – to navigate the boat.

His family would joke that he “used the force” but Michael said he will always feel inspired by his dad’s intuition. He could “feel” the sails and “hear” the land – the wind rustling through the tops of the trees as they neared the shore.

“His blindness didn’t stop him,” Michael said. “I saw that my father was indestructible.” In those days, and despite the example of his father, Michael was still relying mainly on the visual, like most of the population, at least on a conscious level.

That would eventually change, for, while problem solving came naturally to him outside of school, learning academic subjects was challenging. But at the age of 12, Michael was diagnosed with a learning disability. He met this challenge with balance and patience –beginning what he calls his “boarding school career” … and something else.

He embarked on the journey “to learn how to learn” and soon overcame his disability. His drive to become an architect started around this time; in fact, teenage Michael would often be drawing floor plans in the woods.

But his teacher said, “Architects don’t make any money.”

That didn’t sound good, so Michael studied history and management at Eckerd College. The year-round sunny weather coupled with his love for the ocean water attracted him to this college in St. Petersburg, Florida. He settled on human resources, a field where he learned how to put people’s skill sets to productive use. The problem solving element was there, but still, he felt frustrated when he couldn’t solve all of the problems that he recognized in the HR world.

Meanwhile, his father’s physical health was suffering. After his father passed away, Micheal reflected upon fond memories of time they had spent on the water. He felt drawn to consider how sensory perception relates to the many learning styles he and others use to absorb information.

Reinvigorated to rise to what he recognized – using all his senses – as a new challenge, he embraced the journey of being a lifelong student. A forward thinker, he always stays up-to-date.

“I’m always packing my head with new info and new challenges,” he says. “Now that I know how to learn … for me, I use multiple learning styles.” Because Michael realizes that there is not one single way that works for everyone.

Michael recalled what he had learned in HR: that the average person changes careers seven times. “That awoke a dormant feeling in mind,” he says. “That triggered me to reignite and re-invest myself in a new direction.” In 1999, he enrolled in the architecture program at Philadelphia University, which is currently ranked within the top 10 architecture programs in the U.S.

He experienced a rebirth of his creativity in the process. But now he understood why he liked certain buildings and disliked others, why in some he felt comfortable and in others, seemingly inexplicably, he didn’t. His desire to solve puzzles grew stronger than his desire for high grades. He’d rather restart a project and figure out the best way to solve a problem.

After college, Michael worked for Matthew Millan Architects. This firm explored “Barnitecture,” which means transforming a barn into a home or a home into a barn. Michael gained experience integrating heavy timber design and construction with masonry and natural stone in a residential application.

While he enjoyed the creative process behind this work, Michael moved on to larger projects at JacobsWyper Architects. The firm specialized in laboratory, warehouse and production facility design as well as institutional and commercial design. Some drawings were even reviewed by Congress to ensure FDA compliance.

Here, Michael gained experience in management on site. During the construction management and observation phase of a project, he used his detail-oriented problem solving. He would question draftsmen and designers about the practical approach to the detail drawn, such as, “How are you going to fasten this screw to this framework, and does this detail allow enough space for installation with a tool?” As the project manager, he consulted draftspeople, contractors and clients.

It was the ideal laboratory for Michael due to its applied problem solving opportunities as well as effective communication and teamwork.

Moving ahead, Michael discovered the term “biophilic design” which summed up his ongoing desire to use natural materials and create designs that are inspired by nature. Finally, his design approach had a name, and was at the forefront of the architecture field. He was excited to put his own imprint on this label.

Essential to his approach is working in close collaboration with clients. That’s why Michael started his firm Slate Architects, Inc., in January 2016. Based in Newtown, Pennsylvania, outside Philadelphia, the firm embodies traditional and contemporary approaches, the right combination of which creates timeless design.

Michael has always loved natural materials. To him, slate represents solid, natural beginnings; it is a traditional building material, but also can be used in a contemporary approach or application. He welcomes clients who share his vision, to improve life through living spaces designed to connect with nature.

By bringing the outdoors inside to an intimate living space, he hopes his clients gain deep natural experiences that support them in expressing their own creativity.

On a personal level, Michael’s moments of clarity tend to take place on top of a mountain, at the bottom of a canyon, wandering on a trail – or, most often, while on the water.

A love for nature and a passion for piecing together puzzles drive Michael’s architectural designs. Just as his family planned ahead for storms, Michael plans ahead for zoning and construction. He informs clients from the beginning what is possible without getting a zoning variance. Ideally, he’d like to head off obstacles before they occur.

“In a perfect world, you can prepare for problems,” he said. “We all know that it’s not perfect. We’ve developed a pattern for how to handle it.”

Michael’s designs organically reduce stress and bring to living a newfound sense of connection. The goal of Michael Roosevelt’s outdoor-indoor living architectural design: to better understand our role in the world and mindful freedom in a natural environment.