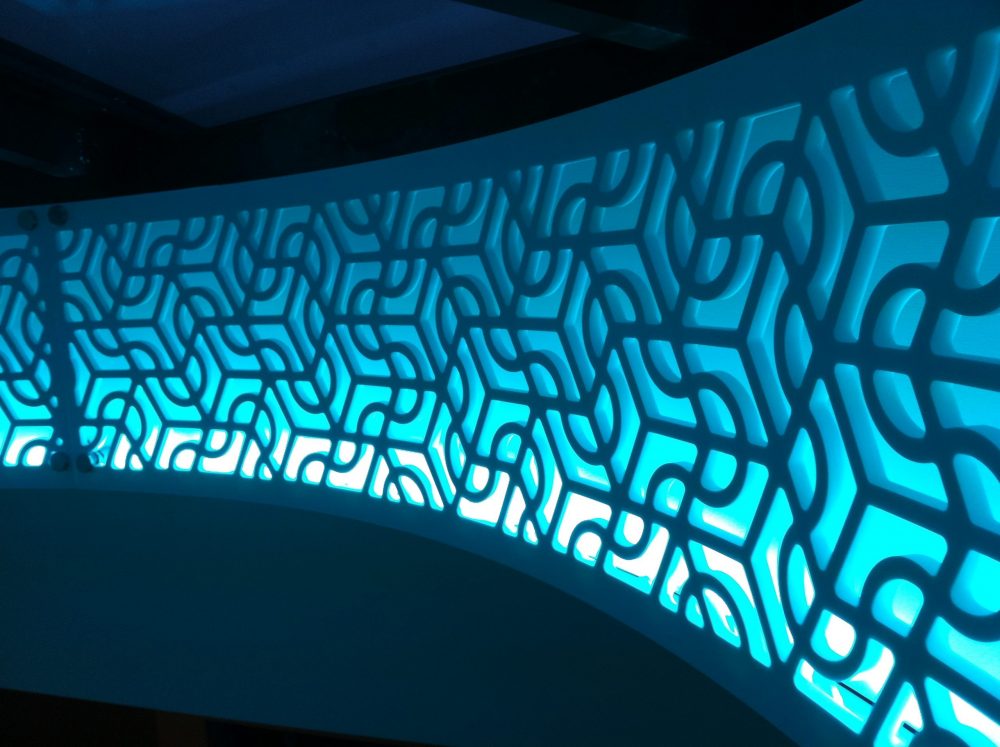 Hoping to bring his family under one roof, Dominic bought an old house in the heart of East Vancouver. Here, his parents had raised him and his brother Sandro. Dominic has such fond memories of this neighborhood. So he and his wife wanted to recreate that childhood for their two daughters, and most all, to have his mother — the grandmother — live in the house too.

The neighborhood was perfect. One block from Main Street, it’s not the typical suburban residence, rather it is a lively, family-friendly place close to amenities and activities. So Sandro, who lives in Germany, and Dominic invested in what’s called a Vancouver Special home … which is nothing special, but a wise choice because it gave the family the opportunity to renovate and create exactly the life they envision.

Still, it needed a significant facelift. Dominic, being the fearless leader, had to think outside the box. Unfortunately, their box was very dark. As is customary with Vancouver Specials, so many walls block natural light. Also, every time he’d venture downstairs, Dominic would hit his head on the dropped ceilings (Dominic’s a tall guy, but still). Thinking ahead, he imagined the space much more open and bright, with his mother living in the walk-in basement suite feeling independent yet connected to the rest of the family above.

So he shared this idea with a builder. A brighter living room would open up their lifestyle to a deck for outdoor play. And this was just the start, many more details needed to be worked out to make this old house into a sanctuary. Knowing this, the builder said: “You should meet Aryo.” That’s when Dominic picked up the phone and called a home designer Aryo Falakrou (Arch. Tech). From the first meeting, he trusted him. And the first set of drawings were “spot on.”A wider entrance would lead to a spacious foyer. The dropped ceilings for heating and cooling systems would be removed, the systems replaced with energy-efficient ones that require smaller ductwork. For his mother, the existing laundry room would be converted into a kitchen, and she’d have her own living room in addition to a bedroom and bathroom suite. Access to the outdoors would be accessible and stylish through French Doors. Even the basement would welcome the light.

Just when Dominic could see the light, the city planners strung up red tape. A couple of windows that were too close to the neighbors and not shown in city records jeopardize the whole project.

Aryo bore the bad news. Dominic was devastated. He wanted to have three bedrooms upstairs, one for him and his wife, and two others for his daughters. The city restrictions meant removing one bedroom. The reason the city didn’t want to continue is because of the safety of the occupants. But in this case, the windows were built that way because the house was old, and at that time, the rules were not as strict.

How could the city close their eyes on the code and stop Dominic from giving his family the life they deserve? This was a major breakdown he couldn’t accept. And he didn’t want to face his brother Sandro with the bad news.

Dominic was surprised by Sandro’s pleasant mood over the phone. Of course, Sandro was more than an investor — he was family. They explored solutions, and then Dominic remembered something Aryo had said among the details: “The law is blind. But there is hope.”

If the brothers let the red tape hinder the progress, they would have to sell the house. Dominic pictured his mother in an assisted living facility, far away from her grandchildren, struggling to get acquainted with strangers. She would feel abandoned, rejected.

The only way was to make this design a reality to give her the independence she deserves. So Dominic returned to Aryo, the designer with that glimmer of hope. With Aryo as his guide, he learned the best way to communicate with the city planning manager, who held his family’s well being in her hands.

Dominic grew apprehensive: “Wouldn’t she rather meet with the designer?” To which Aryo replied: “I believe the only person who can fix this is you. Your perspective will open her eyes.”

Dominic the Devastated marches up the city steps

The next day, Dominic walked up the steps of the city hall and opened the door needed to possibly turn this situation around. All the while, his brother Sandro was wondering: “Can Dominic defeat the darkness?”

The city planning manager listened intently as he shared his point of view: “I don’t have any other option, I have to bring my wife, my daughters and my mom here. I cannot live by a mistake that the builder made 50 years ago.”

He continued: “I’m so grateful my mother raised me here and I just want to bring her home.”

The manager’s face glowed. Without knowing, he said the perfect thing — he thanked her for working so hard to create a beautiful neighborhood.

She said the magic word: “Yes.”

Feeling connected to the client, she joined Dominic and Aryo in thinking outside the box. She wanted to let the light in, too. She explained, “But this is an existing house, so we have to find another solution within the bylaws.”

Once they got her go-ahead, Dominic remained open to Aryo changing details. The renovation would reduce the size of exterior sliding windows to meet code and making the doors bigger welcomed more natural light. The solution in the third bedroom seemed so simple: A skylight.

Soon, Aryo’s drawings revealed skylights in nearly every room. This long, narrow, dark home welcomed natural light in the kitchen, the dining room, the living room and one of the bathrooms — defeating the darkness and the red tape all at once.

Everyone was thrilled. They had cut the red tape and let the light in. Now that their dream home is complete, the daughters, 10 and 12, love having grandma living at home. It was not easy. But due to Dominic’s perseverance, the family got their happy ending.

Invisible Design for Whole Life Living in Your House

3 Things to Consider When Asking: Should my aging parent move into my house?

What to Expect When Planning Your 55+ Housing

By Lisa Bixler
About the author